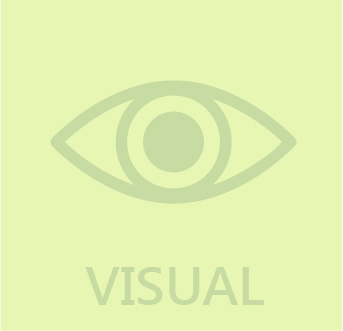 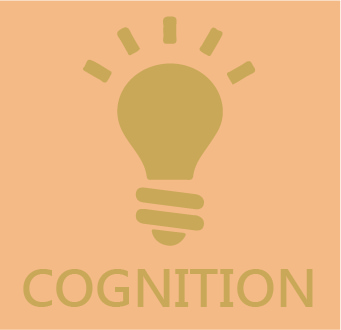 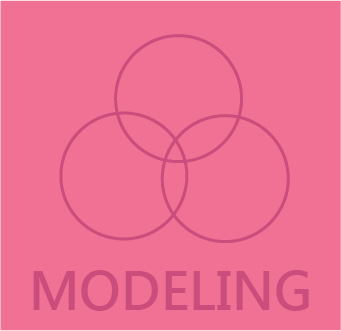 A recent study by Ben-David et al. (2014) indicated that older adults process redundant targets with a larger workload capacity than younger adults, even though older adults exhibit generally slower response times (RTs). To investigate the organization of mental processes that underlie age-related differences, we conducted four experiments with redundant-target tasks. In a series of discrimination-type redundant-target tasks (Experiments 1–3), we replicated the age-related capacity advantage; however, the differences were eliminated in a detection-type redundant-target task (Experiment 4). Our results supported the distractor inhibition account, which suggests that age-related differences were due to less efficiency in attentional control to resolve the response conflict when making discrimination decisions. Moreover, we conducted a simulation using a Poisson parallel interactive model, which assumes an inhibitory interaction between two parallel channels that is a result of a limited attentional capacity. An analysis of the model’s predictions indicated the two key findings that may account for the age-related capacity differences: the older adults (1) processed the redundant targets with a higher decision criterion (i.e., more conservative in decision-making) and (2) exhibited a greater violation of context invariance (i.e., less degree of controlled attention in dealing with the response conflict). The extensive modeling analyses highlighted the effect of a decline in attentional control on age-related differences in workload capacity.

Systems factorial technology (SFT; Townsend & Nozawa, 1995) is regarded as a useful tool to diagnose if features (or dimensions) of the investigated stimulus are processed in a parallel or serial fashion. In order to use SFT, one has to assume the speed to process each feature is influenced by that feature only, termed as selective influence (Sternberg, 1969). This assumption is usually untestable as the processing time for a stimulus feature is not observable. Stochastic dominance is traditionally used as an indirect evidence for selective influence (e.g., Townsend & Fifić, 2004). However, one should keep in mind that selective influence may be violated even when stochastic dominance holds. The current study proposes a trackball movement paradigm for a direct test of selective influence. The participants were shown a reference stimulus and a test stimulus simultaneously on a computer screen. They were asked to use the trackball to adjust the test stimulus until it appeared to match the position or shape of the reference stimulus. We recorded the reaction time, the parameters that defined the reference
stimulus (denoted as α and β ), and the parameters that defined the test stimulus (denoted as A and B). It was expected that the participants implemented the serial AND, parallel AND, or coactive manner to adjust A and B, and serial OR and parallel OR strategies were prohibited. We tested selective influence of α and β on the amount of time to adjust A and B through testing selective influence of α and β on the values of A and B using the linear feasibility test (LFT; Dzhafarov & Kujala, 2010). We found that when LFT was passed and stochastic dominance held, the inferred architecture was as expected, which was further confirmed by the trajectory of A and B observed in each trial. However,
if stochastic dominance was satisfied but selective influence of α and β on the values of A and B was violated, then SFT could erroneously lead one to infer a prohibited architecture. Our results indicate the proposed method is more reliable for testing selective influence on the processing speed than examining stochastic dominance only.

We ask whether auditory and visual signals are processed using a consistent mental architecture across variable experimental designs. It is well-known that in an auditory-visual task requiring divided attention, responses are often faster for redundant audiovisual targets compared to unisensory targets. Importantly, these redundant-target effects can theoretically be explained by several different mental architectures, which are explored in this paper. These include: independent-race models, parallel interactive models, and coactive models. Earlier results, especially redundant-target processing times which are faster than predicted by the race-model inequality (Miller, 1982), implicated coactivation as a necessary explanation of redundant-target processing. However, this explanation has been recently challenged by demonstrating that violations of the race-model inequality can be explained by violations of the context invariance assumption underlying the race-model inequality (Otto & Mamassian, 2012). We utilized Systems Factorial Technology (Townsend & Nozawa, 1995), regarded as a standard diagnostic tool for inferences about mental architecture, to study redundant-target audiovisual processing. Three experiments were carried out in: a discrimination task (Experiment 1), a simultaneous perceptual matching task (Experiment 2), and a delayed matching task (Experiment 3). The results provide a key set of benchmarks to which we apply several simulations that are consistent with the context invariance explanation not only of the race-model inequality but also of capacity and architecture.

The other-race effect refers to the difficulty of discriminating between faces from ethnic and racial groups other than one’s own. This effect may be caused by a slow, feature-by-feature, analytic process, whereas the discrimination of own-race faces occurs faster and more holistically. However, this distinction has received inconsistent support. To provide a critical test, we employed Systems Factorial Technology
(Townsend & Nozawa in Journal of Mathematical Psychology, 39, 321–359, 1995), which is a powerful tool for analyzing the organization of mental networks underlying per-ceptual processes. We compared Taiwanese participants’ face discriminations of both own-race (Taiwanese woman) and other-race (Caucasian woman) faces according to the faces’ nose-to-mouth separation and eye-to-eye separation. We found evidence for weak holistic processing (parallel processing) coupled with the strong analytic property of a self-terminating stopping rule for own-race faces, in contrast to strong analytic processing (serial self-terminating processing) for other-race faces, supporting the holistic/analytic hypothesis.

The field of motor expertise in athletes has recently been receiving increasing levels of investigation. However, there has been less investigation of how dynamic changes in behavior and in neural activity as a result of sporting participation might result in superiority for athletes in domain-general cognition. We used a flanker task to investigate conflict-related behavioral measures, such as mean reaction time (RT) and RT variability, in conjunction with electroencephalographic (EEG) measures, including N2d, theta activity power, and inter-trial phase coherence (ITPC). These measures were compared for 18 badminton players, an interceptive sport requiring the performance of skills in a fast-changing and unpredictable environment, and 18 athletic controls (14 track-and-field athletes and 4 dragon boat athletes), with high fitness levels but no requirement for skills such as responses to their opponents. Results showed that badminton players made faster and less variable responses on the flanker task than athletic controls, regardless of stimulus congruency levels. For EEG measures, both badminton players and athletic controls showed comparable modulations of conflicting on midfrontal N2 and theta power. However, such an effect on ITPC values was found only for the badminton players. The behavior-EEG correlation seen suggests that smaller changes in RT variability induced by conflicting process in badminton players may be attributable to greater stability in the neural processes in these individuals. Because these findings were independent from aerobic fitness levels, it seems such differences are likely due to training-induced adaptations, consistent with the idea of specific transfer from cognitive components involved in sport training to domain-general cognition.

We investigated the relationship between working memory capacity (WMC) and workload capacity (WLC). Each participant performed an operation span (OSPAN) task to measure his/her WMC and three redundant-target detection tasks to measure his/her WLC. WLC
was computed non-parametrically (Experiments 1 and 2) and parametrically (Experiment 2). Both levels of analyses showed that participants high in WMC had larger WLC than those low in WMC only when redundant information came from visual and auditory modalities, suggesting that high-WMC participants had superior processing capacity in dealing with redundant visual and auditory information. This difference was eliminated when multiple processes required processing for only a single working memory subsystem in a color-shape detection task and a double-dot detection task. These results highlighted the role of executive control in integrating and binding information from the two working memory subsystems for perceptual decision making.

The influence of cueing on attentional focus in perceptual decision making

Selective attention has been known to play an important role in decision making. In the present study, we combined a cueing paradigm with a redundant-target detection task to examine how attention affects the decision process when detecting the redundant targets. Cue validity was manipulated in two experiments. The results showed that when the cue was 50 % valid in one experiment, the participants adopted a parallel self-terminating processing strategy, indicative of a diffuse attentional focus on both target locations. When the cue was 100 % valid in the second experiment, all of the participants switched to a serial self-terminating processing strategy, which in our study indicated focused attention to a single target location. This study demonstrates the flexibility of the decision mechanism and highlights the importance of top-down control in selecting a decision strategy.

Change in a real world setting usually consists of multiple feature changes, and one feature may change more often than another. This study manipulated the number of changes in orientation and spatial frequency to examine the effect of the relative change probability on the comparison and decision processes in a change detection task. Results showed that when two types of features changed equally often (Experiment 1), parallel self-terminating processing was adopted. When frequency changed more often than orientation (Experiment 2), serial self-terminating processing was adopted. However, when there was a lack of cognitive resources (Experiment 3), parallel self-terminating processing was adopted even when relative saliency existed. In all three experiments, the process capacity ranged from limited to unlimited. In addition, the participants reported that they were not aware of their use of change probability information, thus, providing evidence of implicit learning of change probability. These results support the relative saliency hypothesis: relative change probability affects the relative salience between features and, consequently, influences the adoption of decision strategies. Furthermore, the results highlight that perceptual comparison and decision processes are flexible and can vary depending on the relative saliency and resources available for information processing.

Change detection requires perceptual comparison and decision processes on different features of multiattribute objects. How relative salience between two feature-changes influences the processes has not been addressed. This study used the systems factorial technology to investigate the processes when detecting changes in a Gabor patch with visual inputs from orientation and spatial frequency channels.
Two feature-changes were equally salient in Experiment 1, but a frequency-change was more salient than an orientation-change in Experiment 2. Results showed that all four observers adopted parallel self-terminating processing with limited- to unlimited-capacity processing in Experiment 1. In Experiment 2, one observer used parallel self-terminating processing with unlimited-capacity processing, and the others adopted serial self-terminating processing with limited- to unlimited-capacity processing to detect changes. Postexperimental interview revealed that subjective utility of feature information underlay the adoption of a decision strategy. These results highlight that observers alter decision strategies in change detection depending on the relative saliency in change signals, with relative saliency being determined by both physical salience and subjective weight of feature information. When relative salience exists, individual differences in the process characteristics emerge.